What are the Sim Only Deals? Benefits and Reasons Why you should consider them? 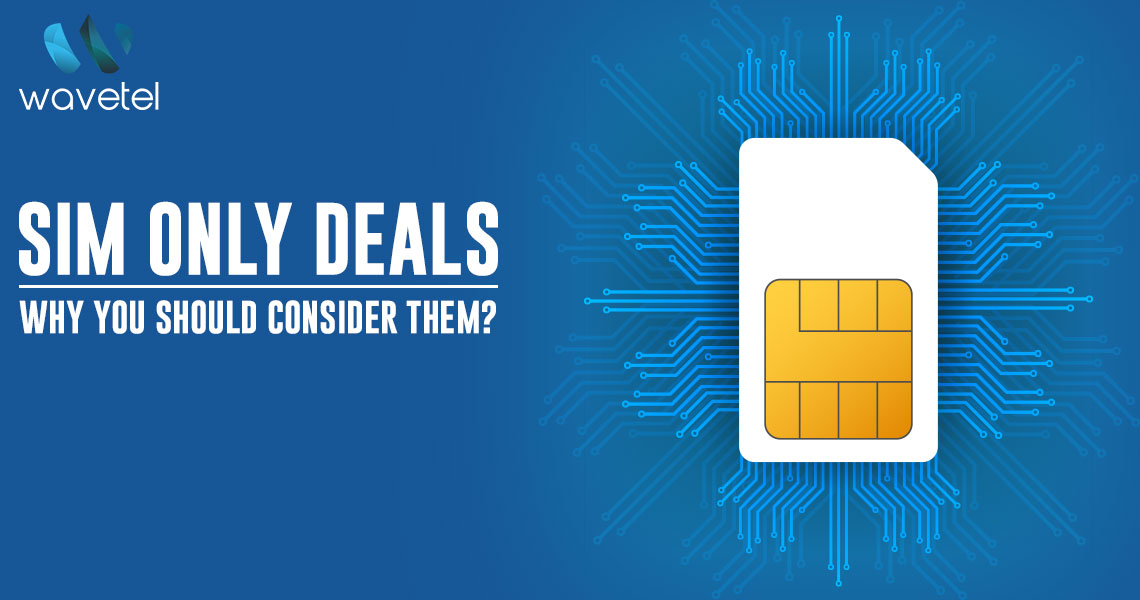 Sim Only Deals - the latest trend in the telecom industry - are a great way to save on mobile data and features in the UK. They allow you to buy certain minutes or days of usage, but your phone must be activated on a network that allows this kind of deal. Basically, they're an extra perk given to you by the network you choose.

In this article, we will discuss what the benefits of SIM-only deals are and why you should consider them? We’ll also explain why they are an important option to keep in mind when shopping for your next phone plan.

What are SIM-Only Deals?

The term “SIM-only” is one of the more confusing terms in the world of mobile phones. What does it mean? How do you get it? For a monthly fee, companies offer a package of minutes, texts, and mobile data when they offer SIM-only plans. In this way, SIM-only contracts are very similar to traditional mobile phone contracts.

As the industry has evolved, so have the ways in which mobile networks sell and deliver content. Nowadays, consumers have a plethora of options to choose from when it comes to mobile data plans. The SIM-only deal is one of the fastest-growing trends in the telecom industry. It is a way to save money on mobile data and calls, which you can use for data and calls with other network providers.

What is the Difference between Sim-only and Contract?

The mobile phone is considered the most essential electronic device these days. Every time you take a flight, order a pizza or book an Uber ride, you would need to have your mobile phone with you. Before you start your search for a mobile phone, you need to know that there are two types of mobile phone plans. The first one is SIM only plan and the second one is the contract plan.

A SIM only plan is where you only pay for the minutes, texts, and data you use from the SIM card when you sign up for a SIM-only contract. If you're happy with the handset you have, a Sim-only deal can be an ideal solution if you don't need a long contract. It's usually much cheaper than a traditional mobile contract if you're just using the phone for its mobile service. It can be a great option to consider if you are satisfied with your current handset.

Choosing a contract deal means you're making a commitment for a defined period of time. Contracts generally last between 12 and 24 months. There are some providers that offer longer contract periods. If you opt for a contract deal, you will have to pay a fixed fee every month. You will then get a handset in exchange for this fixed monthly payment. The plan includes a fixed number of minutes, texts, and data. For those who like to have the latest model of a new phone and love technology, this could be an appealing option.

Many smartphone users purchase a contract-free device, with the expectation that it will be easy to upgrade to a new model in the future. However, for many people, a contract is still an attractive deal as it gives them the flexibility to use their phone on other networks without incurring excess charges. We have compared both SIM-only and contract deals extensively. So now you get to decide for yourself which plan is best for you?

Benefits of Sim Only Business Deals!

For both individuals and businesses, SIM-only mobile plans are quickly becoming a popular option. Nowadays, more and more people are opting for SIM-only deals instead of getting a long-term contract.

SIM-only deals have many benefits, and the list is long. We will, however, mention some of the most prominent benefits of these deals.

In comparison to traditional mobile phone contracts that include the cost of the handset, SIM-only plans tend to be significantly cheaper. You can save a lot of money by switching to a SIM-only mobile deal if you already have a mobile phone or are ready to buy one separately.

Pay Only for What You Need

In terms of deciding on a plan that best fits your needs and budget, SIM-only plans are generally more flexible than their competitors. With a SIM-only deal, you could get more data or minutes than you would with a deal with a bundled device for the same price. Consequently, you only pay for what you need, and not for extras.

The Internet is available everywhere

The ability to use unlimited data on sim only plans also means that you will be able to access the internet from anywhere. Plus, you won't have to worry about overusing data, since it is inherently impossible to overuse data when you have a sim with unlimited data. You will have access to high-speed internet wherever you go. That is why we often refer to it as a great alternative to Wi-Fi.

SIM-only deals offer additional advantages such as retaining an existing number, a lower risk level, more flexibility, and no upfront costs. It is therefore a great choice to choose a reliable provider of SIM-only deals such as Wavetel.

In short, SIM-only deals are a great way to save money on your mobile phone bill. Instead of paying a set amount every month, you can get unlimited data and talk time for a fixed price. This is why you should consider them if you want to enjoy more savings and convenience with your phone usage.

If you're looking for the best and most affordable unlimited sim only deal, Wavetel is the place to go! Wavetel has an extensive selection of plans that can be made with a sim only deal. So feel free to contact us today with any questions or concerns. Our team is available to assist and solve your query.

Subscribe to our newsletter and we will bring
you the latest news.

Sign up for the newsletter and
we'll inform you of updates, offers
and more.

Thank you, for subscribing. Please check your email to confirm subscription.